Why the American Express Platinum IS ABSOLUTELY Worth the Annual Fee 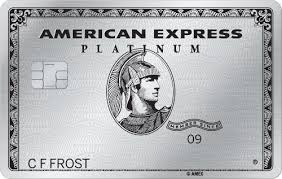 Ian Snyder of Miles to Memories recently wrote a post ‘Why The American Express Platinum is Absolutely Not Worth The Annual Fee‘ and outlined the reasons why he’s never obtained this premium card.  Yes it does have a huge $550 annual fee but I still think it’s absolutely worth it and disagree with Ian, here’s why:

Ian’s first beef with the American Express Platinum card is that it offers too many useless credits.  Let’s take a look:

The American Express Platinum pays for either TSA PreCheck ($85) or Global Entry ($100) every 4-5 years.  I’m entering my 5th year with Global Entry and doubt I will ever let is lapse.  No having to take off your shoes and belt at airport security = PRICELESS.  I value this benefit at $20/year ($100 every 5 years).

Ian states he every hardly uses Uber which is fair to say, I don’t use it a ton either – but there is still value there.  I use Uber when I’m in Vegas which is usually twice a year.  And probably use it another 4-6 times throughout the year so definitely not every month (Amex gives you $15/month in Uber credit and $35 in December). I value this benefit at $90/year (assuming using it for 6 months).

The months I don’t use Uber, I’ll order UberEats to get lunch delivered to work (yes the credit is good for UberEats too!).  There is a small delivery/service fee when using UberEats, so the months I use UberEats I’ll value the $15 credit at only $10.  I value this benefit at $80/year (assuming UberEats for 6 months including December).

Ian states the airline credit used to be worth nearly face value as he would cash it out for Delta gift cards however this is no longer possible.  Yes, American Express’s computers started to recognize airline gift cards and stopped reimbursing the purchase.

BUT, there is still a way to get the full $200 value as a statement credit which is even better than buying gift cards.  *Hint – select the airline which doesn’t charge you change fees and use it for taxes on tickets and don’t forget international airports have higher taxes than $5.60.   I value this benefit at the full $200/year

American Express will also reimburse you $50 twice a year (once between January and June and a second time from July through December) when you make a purchase of $50 at Saks Fifth Avenue (or saksfifthavenue.com).  Ian values this at $0 – and I’m not exactly sure why.

While I don’t typically shop at Saks, I am always able to find something that I could use.  I usually search the $50 and under sale items (which currently has over 1600 items!) . I’ve gotten Havaiana flip flops, a Robert Graham shirt, a pair of Cole Haan boots to name a few things.  I hope Ian knows that they also sell underwear which EVERYONE needs!  I value this benefit at 80%, so $80/year.

Ian’s correctly states that the American Express Platinum Card offers both Hilton and Marriott Gold status just from being a card holder.

I agree with him that there is little value with Marriott Gold status as it doesn’t offer free breakfast and only gets you 25% bonus points on paid stays.  I’m not huge fan of Marriott either.

BUT, Hilton Gold status does get you free breakfast!  Last year at our Conrad stay in New York, we were given $30 credit for breakfast per person x 2 people x 2 nights = $120 credit.  Sure if I didn’t have the credits, we might have eaten breakfast somewhere else.  So let’s just say the $120 credit on this stay was worth $80 to me which now covers the remaining $80 of annual fee.

The American Express Platinum card does provide lounge access at a bunch of different places.  Specifically you get access to a Priority Pass Select membership which is very useful when traveling internationally but not so much domestically.

I really like the American Express Centurion lounges which as Ian also points out are some of the best lounges in the country.  It also gives you access to Delta lounges when flying Delta.

As for putting a value on the lounge access, I think there is some value but not really high.  I’m only going to value this benefit at $20/year. Even without debating American Express Platinum card’s other benefits such as earning 5X points on airfare, I value the included credits at $470/year which takes a big chuck out of the $550 annual fee.

Staying at a Hilton just once per year, using an airport lounge a couple times per year, taking advantage of some Amex Offers, or making just one American Express Fine Hotels and Resorts booking which gets me free breakfast, an upgrade, and a resort credit more than make up the remaining $80 worth of annual fee in my humble opinion.

Do you think it’s worth the annual fee?  At the very least you should try it out and earn the sign up bonus, you can always cancel if you don’t value the card like I do.