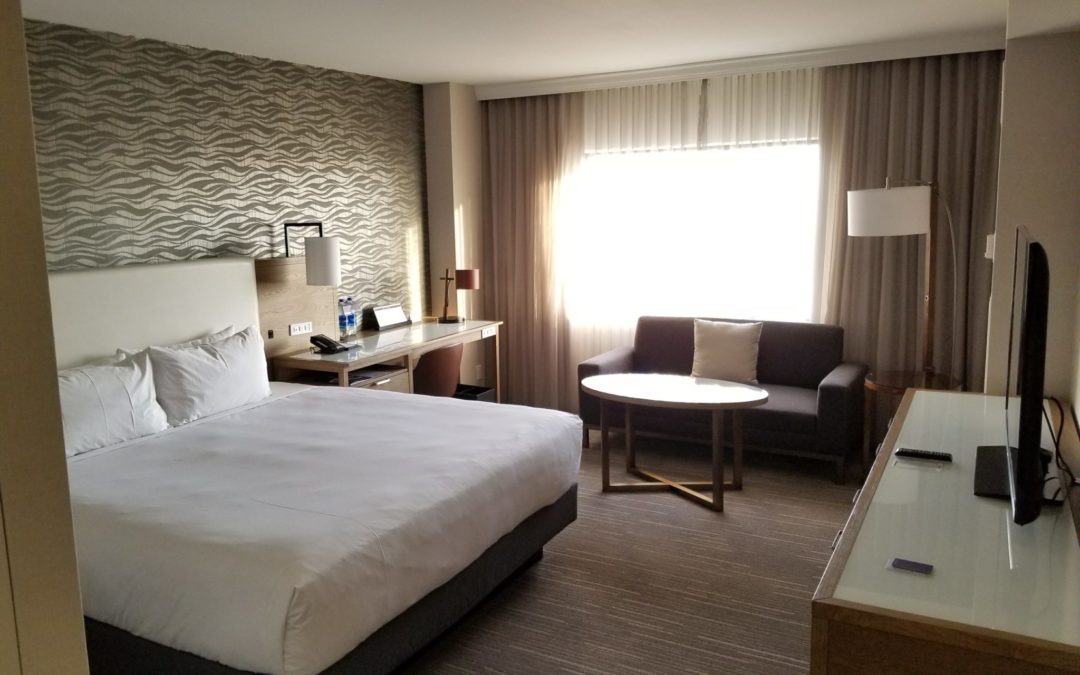 I attended my company’s winter celebration this past Saturday night at the Hyatt Regency in Bethesda, MD.  I had been to this hotel years ago for a dinner at Morton’s on the ground level of the hotel and frankly it wasn’t very nice years ago.  But I was happy to hear that the hotel just recently completed a $37M renovation last year and wanted to check it out.

Hyatt member cash prices for a Saturday night stay in January are less than $100 with the standard rate at $109.  We were also offered a $100/night group rate, but I opted to use my free category 1-4 annual night certificate that comes with the Chase Hyatt credit card. While not really an amazing value of the free night certificate like I usually use at the beach, at least it didn’t go to waste.

This property is a category 4 requiring 12,000 Hyatt points for a free stay if you opt to use points. 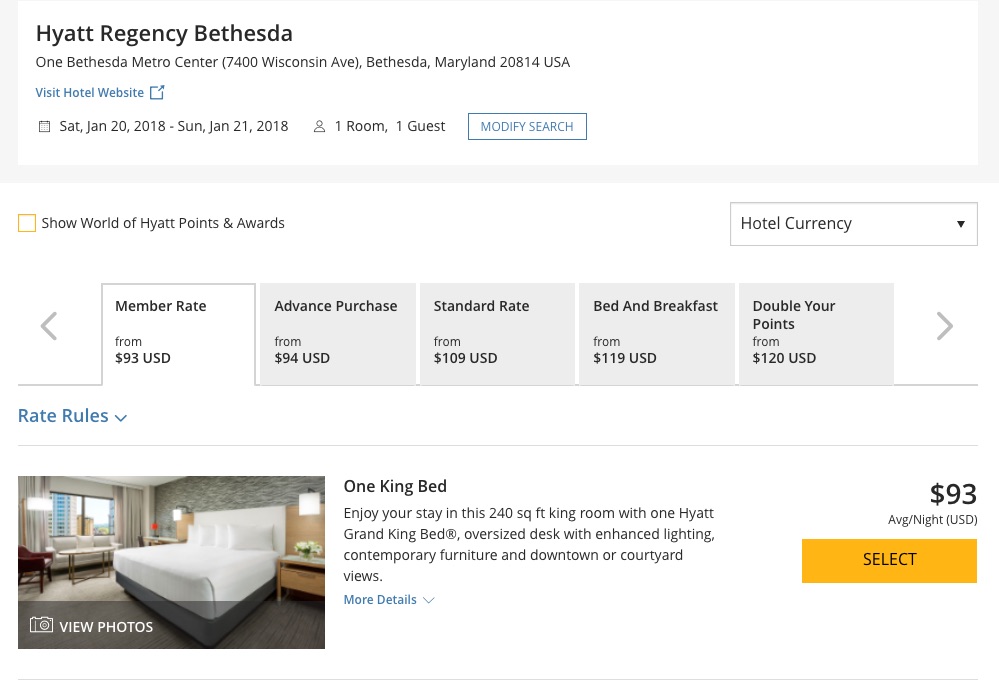 Bethesda is popular suburb of Washington DC, just over the DC border in Maryland.  It is conveniently located on top of the red line Bethesda metro stop and a short ride into DC.  Bethesda also has a cool restaurant/bar scene.

If arriving to DC at Reagan Airport, take either the blue line to Metro Center or the yellow line to  Gallery Place (whichever train comes first) – then hop on the red line towards Shady Grove.

If arriving by car, you can self park for $22/night in the garage below the hotel or valet for $30/night. 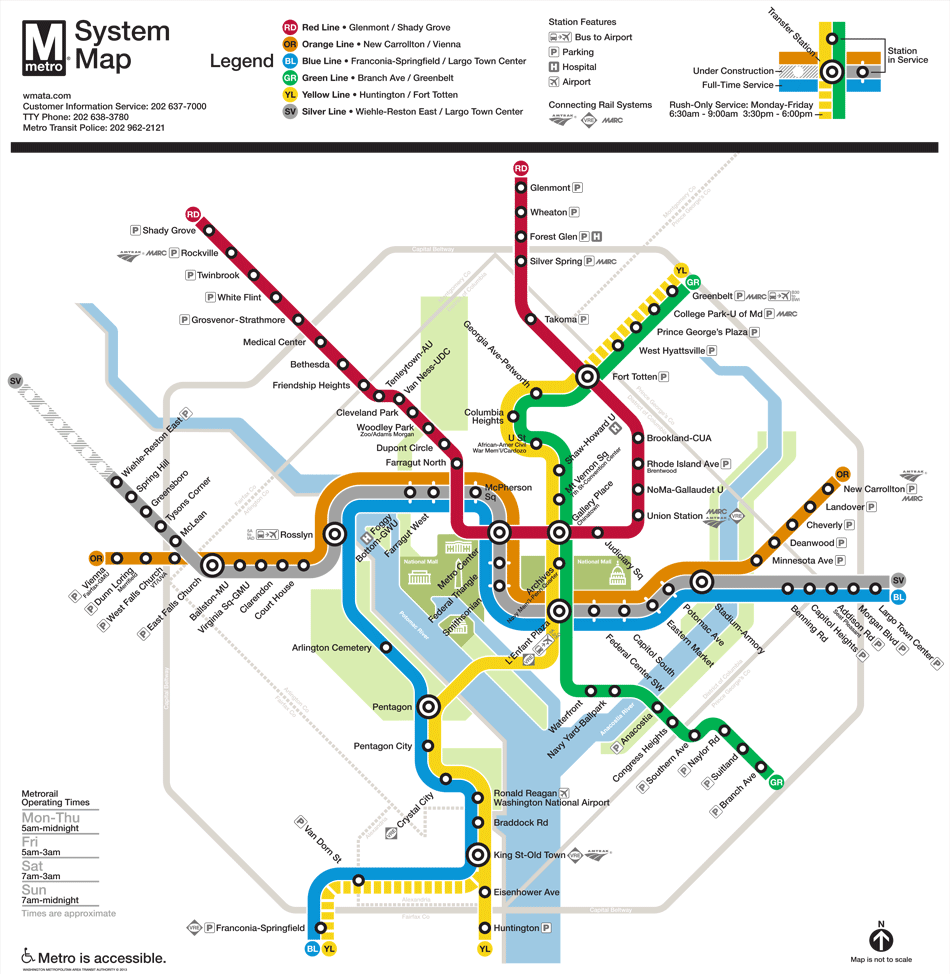 The renovation turned out really well – here are a few photos from our room on the 12th floor. 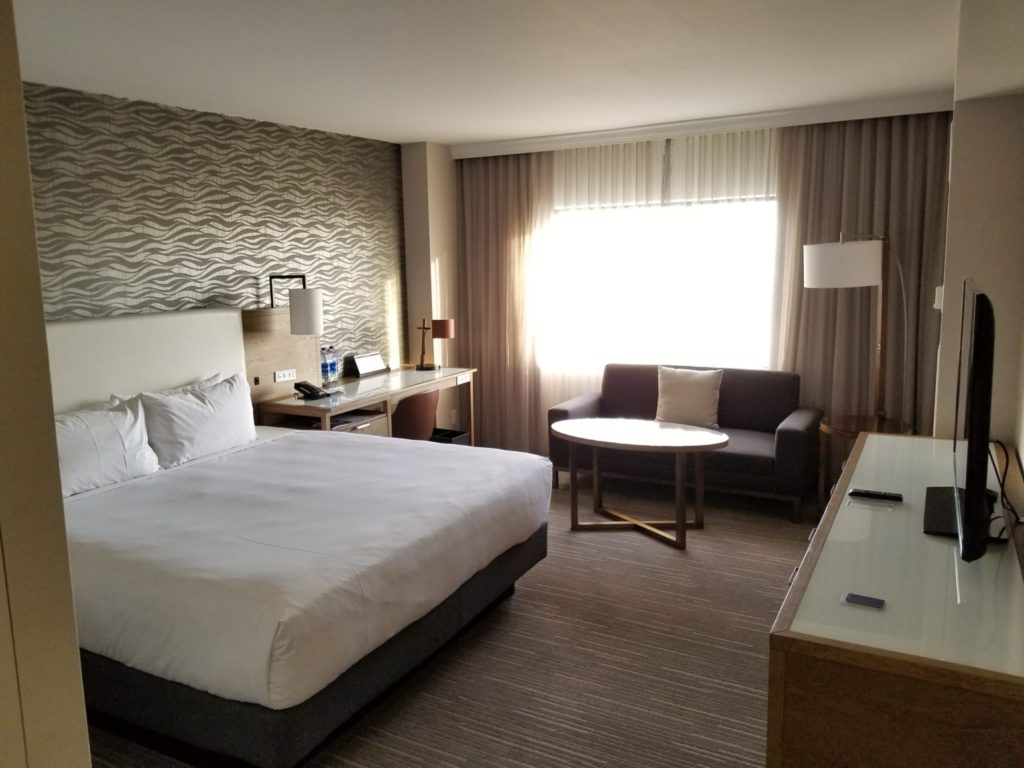 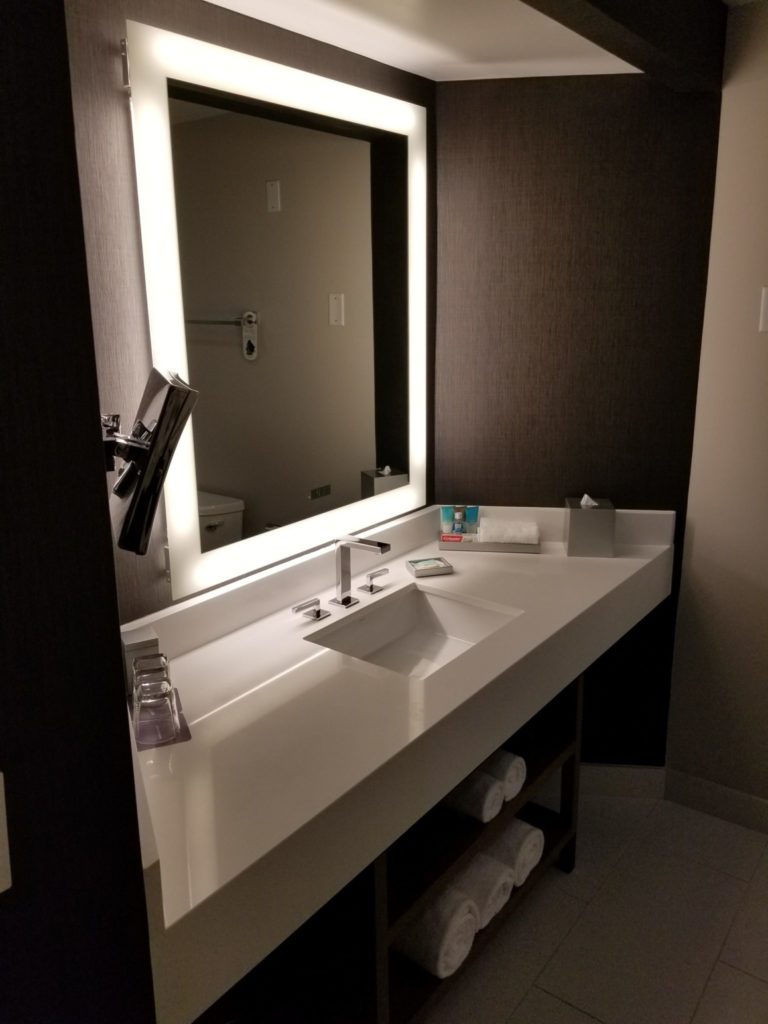 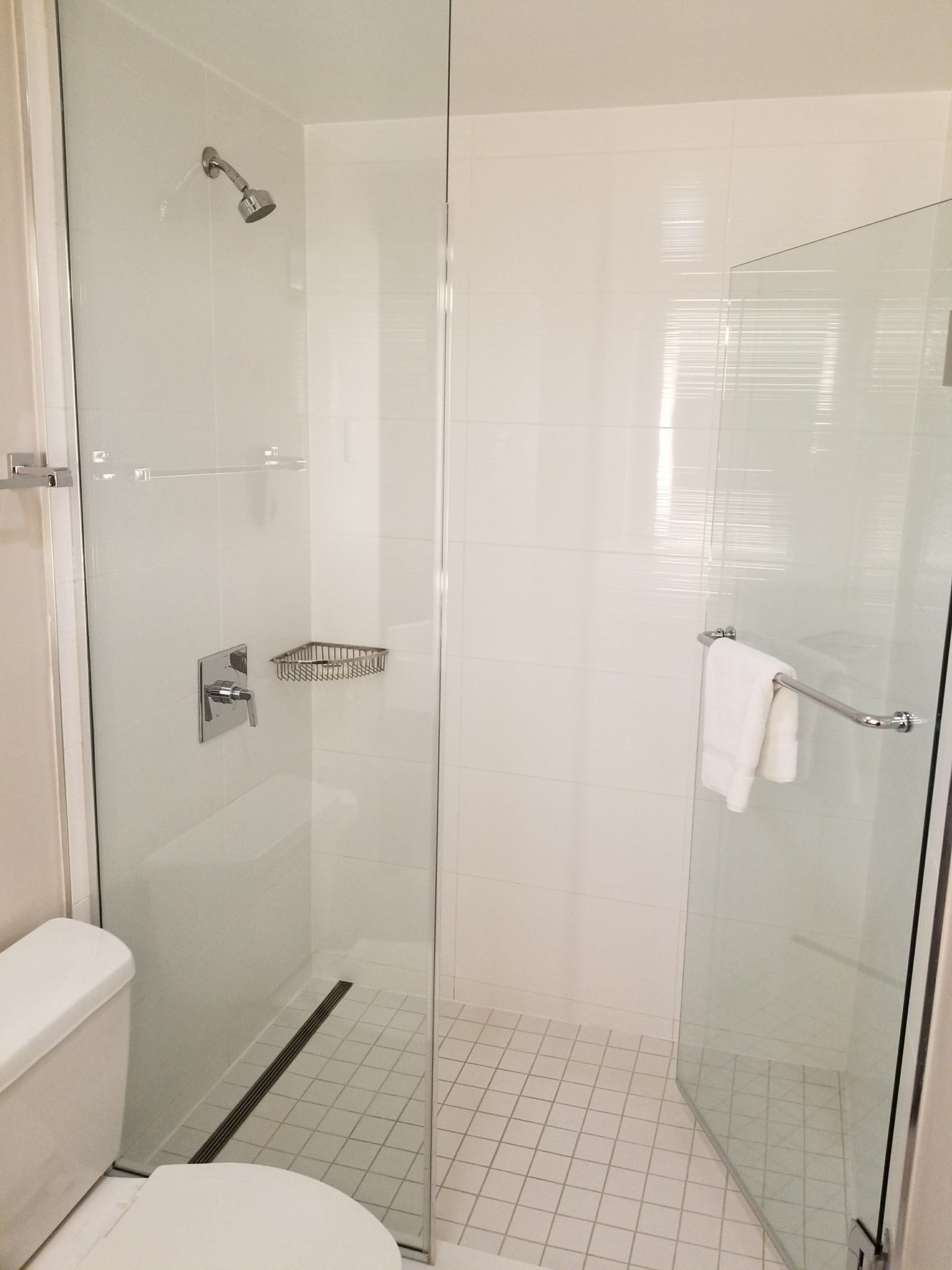 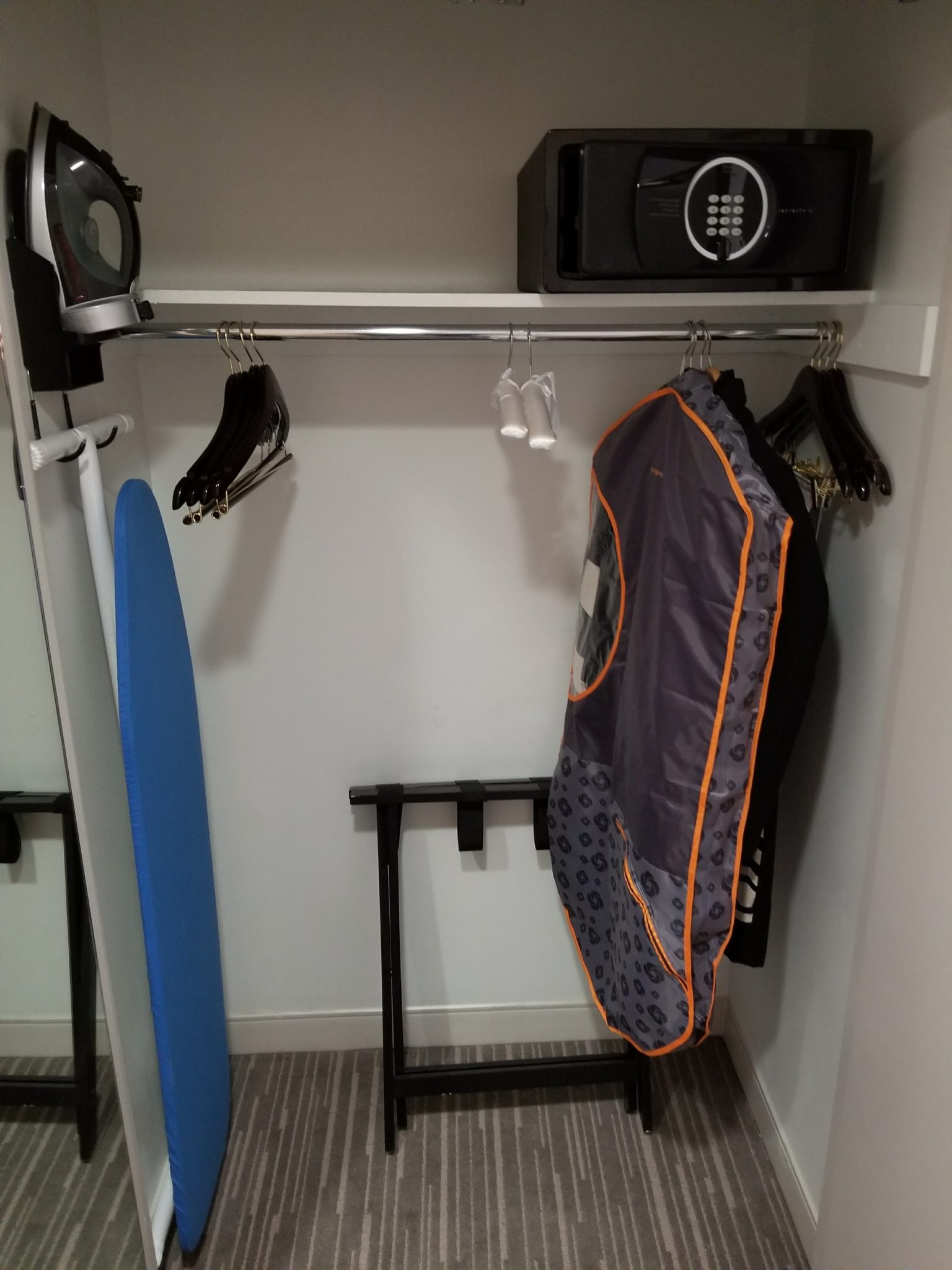 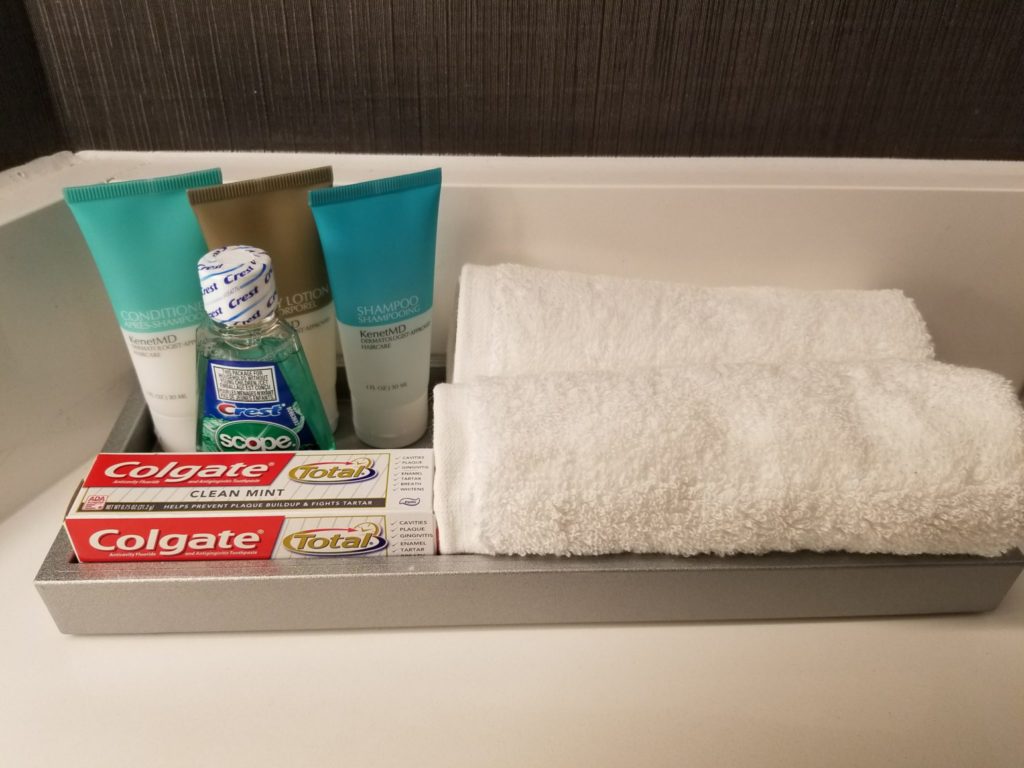 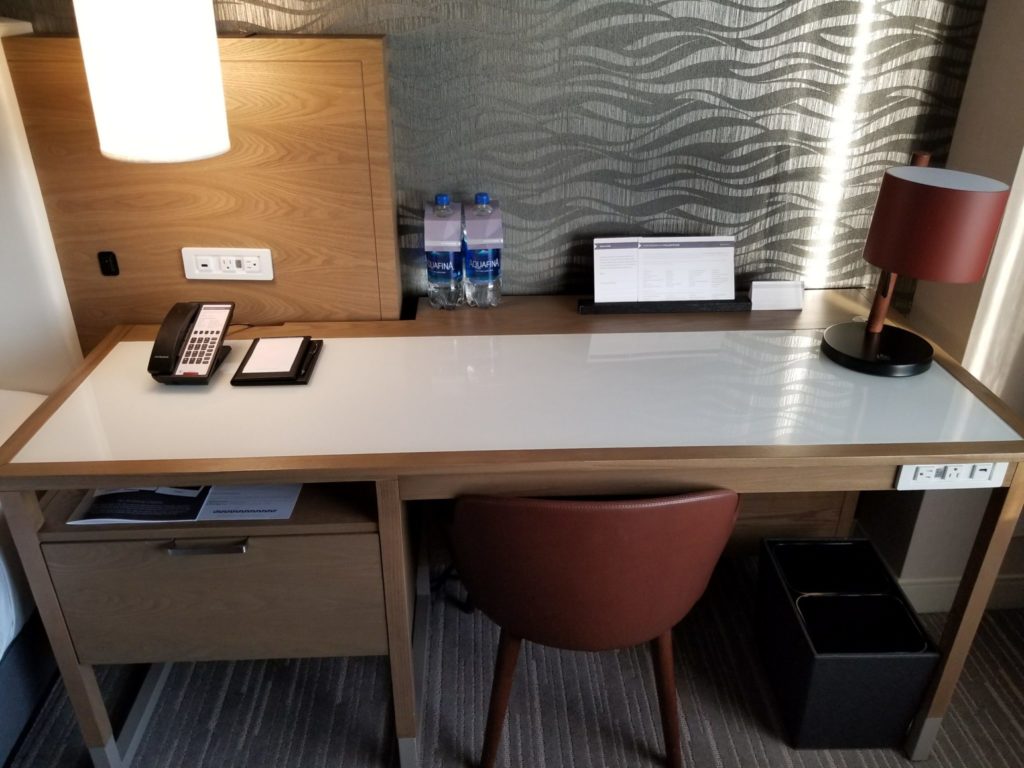 As I mentioned there is a Morton’s Steakhouse located inside the hotel.  There is also another restaurant called the Daily Grill.  Finally there is a Starbucks under construction in the hotel and is supposed to open up in the spring of 2018.  There are also numerous other restaurants just steps away from the hotel.

We used my wife’s free category 1-4 anniversary night and she only has Discoverist status.  During check-in we were assigned a room on the top floor and told the $4 Aquafina water bottles in our room were complimentary and to ignore the price – which was a nice gesture.

The only problem we encountered was being on the 12th floor – on the side of the building we were on must have had mechanical equipment directly above us.  There were constant noises from pipes/water/equipment that we could near in our room.  We figured it would probably stop at night time but it didn’t and woke us up a few times throughout the night.  We would have switched rooms but were only staying for one night.

I mentioned this at checkout and received an apology.  I also asked if there were any discounts for the parking garage and was offered a complimentary prepaid ticket to use at the parking gate – I’m guessing as a gesture for the loud noises from the equipment.